To better understand what non-GMO really means, it is crucial to understand what a GMO is. GMO stands for genetically modified organisms. GMOs are modified with transgenic techniques which have been around since the mid-90s. These genetically modified organisms are living organisms whose genetic material or DNA is artificially manipulated using genetic engineering, in a laboratory. This process creates combinations of plant, animal, bacteria, and virus genes that are not naturally occurring or do not occur through conventional crossbreeding methods.

Farmers have to undertake huge risks throughout the year and their yield is often dependent on the weather and rainfall conditions. GMO crops were developed so that farmers can prevent crop loss. GMO crops are found to be resistant to insect damage which means that farmers have to spray lesser pesticides. These crops are more tolerant to herbicides which aids the farmers in controlling weeds without causing any damage to the crops. By using herbicide tolerant crops, farmers do not have to till the soil, which would normally be required to kill the weeds. This further helps maintain the soil health and lesser labor is required.  GMO crops are also resistant to plant viruses.

Those who manufacture GMO products, including food, hope to gain a commercial advantage or to improve the products by genetically modifying the organisms. Take for example GMO plants which can be easier to grow in large quantities and may even produce more fruit. However, GMO products are a controversial topic of discussion, especially when it comes to environmental implications. Critics of GMO products suggest that the genetic changes done could affect human health in unanticipated ways. The main cause of concern is that the nutrients from such products will damage or harm tissue or not be able to metabolize as effectively. Additionally, the long-term effects of these products is not known yet.

While the majority of research conducted on GMO products does not clearly indicate any evidence of harm, the difference of opinion in the scientific community signifies that some more research is still required. The scientific community also agrees that the existing literature is not conclusive or unanimous. Therefore, scientists still continue to sound the alarm bells or raise concerns regarding GMO products.

When an evaluation was conducted of herbicide tolerant GMO crops in the UK between 1999 and 2006, it was found that as weed control is effective, this causes a reduction in insect biodiversity. There is also concern that GMO foods may cause an allergic reaction in people. Since GMO foods contain foreign genes, they may contain genes from foods that trigger an allergic reaction. However, it is important to note that there have been no reports of such reactions to GMO foods currently on the market.

Another common concern with respect to GMO foods is that they may cause cancer. Cancer is caused by DNA mutations and therefore people fear that consuming GMO foods with added genes may affect the DNA. While there is no concrete evidence that points to the connection between GMO food intake and an increased or decreased risk of cancer, there is a lack of long-term human studies to deem them perfectly safe. Therefore, with more research, the facts will be clearer.

Promunch is a roasted soy snack rich in protein and GMO-free. There are numerous benefits to eating a diet high in protein and one of the additional key points is that Promunch is non-GMO which is crucial to leading a healthy and sustainable lifestyle. Such a lifestyle requires eating organic and naturally grown food free of toxins and chemicals. Fruits and vegetables also start to lose their nutrients if they take much longer to reach your table from the farm. GMO foods can sometimes use chemical preservatives to make the food last longer and thus the food is not as fresh as it may seem.

To conclude, while the jury is still out on the harms and benefits of GMO foods, it is best to steer clear of them until further conclusive research is conducted. Snacks such as Promunch which are non-GMO and overall healthy options are abundant in the market. We should also be mindful of the soil erosion and infertility that strains the earth’s natural resources due to genetic modification. Organically produced foods are fresher and richer in omega fatty acids and multiple essential vitamins and minerals too. 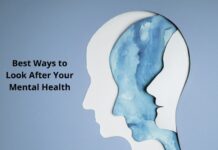 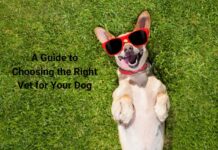 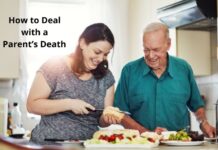 How to Deal with a Parent’s Death